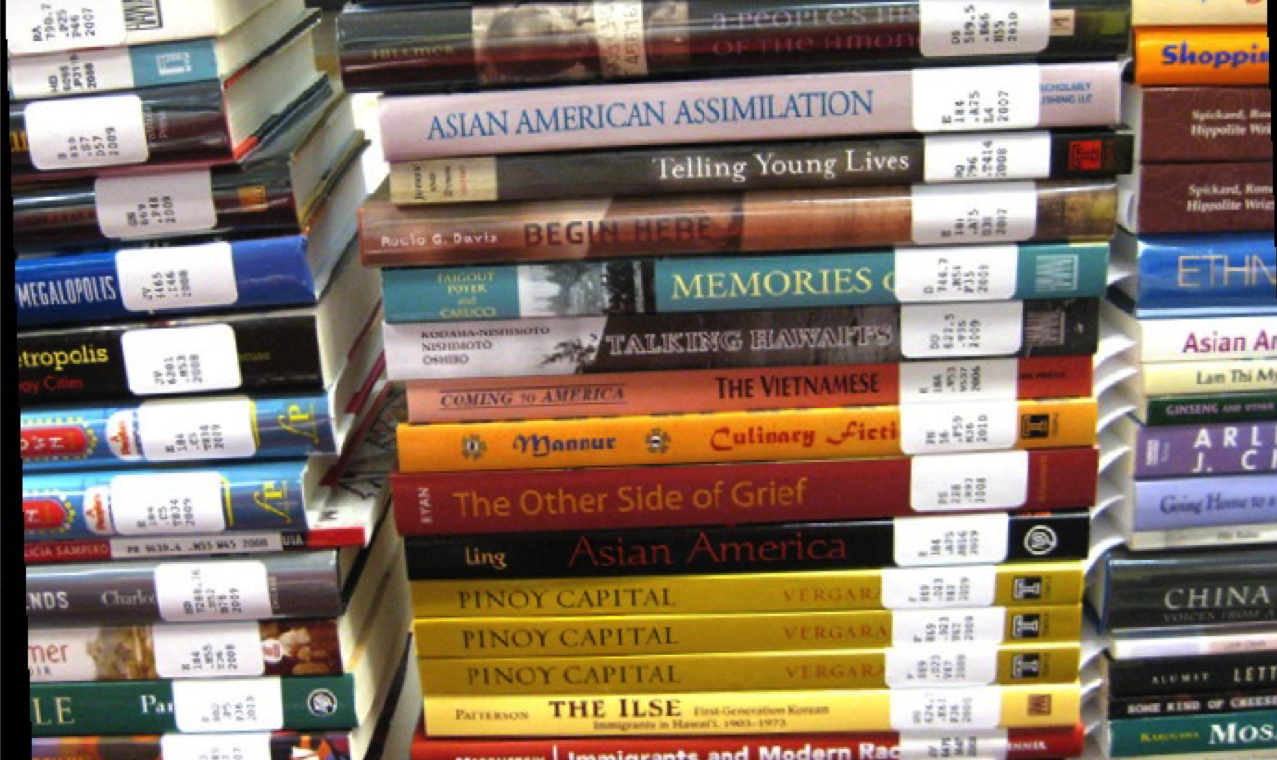 The origin story of Asian American studies ties its roots to the civil rights movement and radical student actions of the 1960s and 1970s. The conditions of deep and long-standing racial inequality in the United States and imperialistic militarism and racism overseas informed the interracial alliances and calls for self-determination that brought about ethnic studies, including Asian American studies. 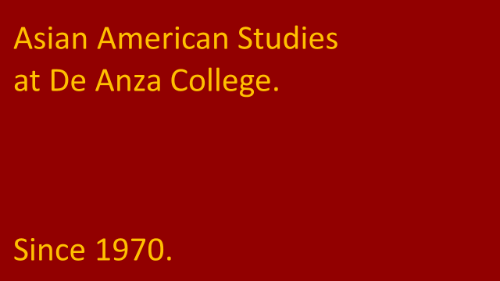 Asian American studies began as a community-oriented area of study that students found missing in higher education, in places like then-San Francisco State College and the University of California, Berkeley. Many of the early courses were organized by students and community members.

Up until that time, there had been plenty written and studied about Asian Americans – but mostly as a problem: the "Oriental Problem." Asian American Studies was regarded as a way to talk back to scholarship that excluded, discounted, mis-represented, and demonized people of Asian ancestry in the United States. The early years of Asian American studies aimed to re-write the narratives of Asian Americans--to place their lived experiences, their perspectives, and their struggles front and center, and to feature the authorial voices of Asian Americans.

What is Asian American Studies Now?

Today, Asian American studies is an exciting and ever-evolving field taught mostly in colleges and universities. There are efforts to integrate it into K-12, in places like California, as part of ethnic studies.

Asian American studies is many things to many people. 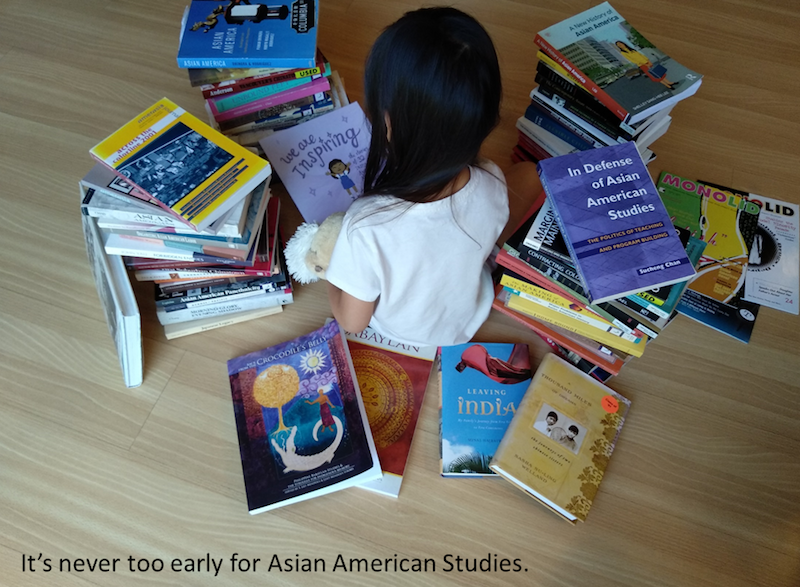 For students...it's an invitation to explore your sense of self and Asian America. It's a chance to see Asian Americans as the protagonists in your curriculum. It's a door to new perspectives to help you make sense of the world, paying close attention to the dynamics of race and power. And, it's a possible major.

For colleges and universities...it's an interdisciplinary field of inquiry and study that produces scholarship. It's an ongoing intellectual exchange charged by questions of identity, power, and justice derived from the experiences of Asian Americans. It's an academic discipline, "presently characterized by transnational, transpacific, and trans-hemispheric considerations of race, ethnicity, migration, immigration, gender, sexuality, and class" (Schlund-Vials, Vo, Wong). Asian American studies spans the social sciences, the humanities, and the professional fields of education, law, medicine, public health, and social work. It's a profession in academia.

For those who are intellectually curious, cultural critics, creatives, or activists...Asian American studies is a site of critique and theorizing that centers Asian American experiences and vantage points to deconstruct taken-for-granted imbalances of power and social formations of difference. It's an imaginative and generative space for conceiving of new possibilities for humanizing practices.

What Good Does Asian American Studies (or Ethnic Studies) Do?

Asian American studies, and ethnic studies more broadly, offers a range of academic and social benefits to students and society. Here are few things that scholars and researchers have said... 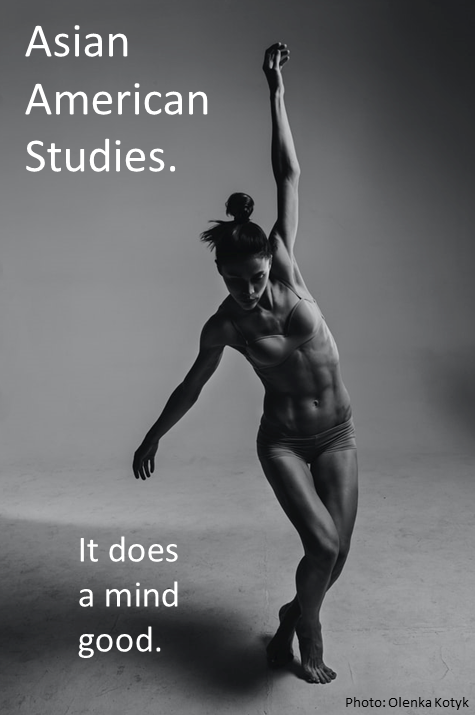 Considerable research evidence shows that well-designed and well-taught ethnic studies curricula have positive academic and social outcomes for students and that curricula are designed and taught somewhat differently depending on the ethnic composition of the students and the subsequent experiences they bring. These positive findings should not be interpreted, however, as meaning that schools can assign any teacher an ethnic studies curriculum to teach, or that students of color will automatically achieve more if ethnic content is added to the curriculum...

Ethnic studies teachers must be able to relate well with their students, believe in students’ academic abilities, and know ethnic studies content and perspectives well; often (but not always) they are members of the same ethnic background of most of their students. Pedagogical strategies need to engage students in active thinking. Culture, rather than being conceptualized as something static from the past, is viewed as complex and dynamic, and students’ everyday lived culture and language is part of the ethnic studies curriculum...

Both students of color and White students have been found to benefit academically as well as socially from ethnic studies. Indeed, rather than being non-academic, well-planned ethnic studies curricula are often very academically rigorous. Rather than being divisive, ethnic studies helps students to bridge differences that already exist in experiences and perspectives. In these ways, ethnic studies plays an important role in building a truly inclusive multicultural democracy and system of education. (20, "The Academic and Social Value of Ethnic Studies A Research Review," National Education Association, 2011)

The researchers found that students not only made gains in attendance and grades, they also increased the number of course credits they earned to graduate.

“What’s so unique about this program is the degree to which it helped the students who took it,” said Emily Penner, co-author of the paper and a postdoctoral researcher at the GSE. “Schools have tried a number of approaches to support struggling students, and few have been this effective. It’s a novel approach that suggests that making school relevant and engaging to struggling students can really pay off.”

Thomas S. Dee, a professor at Stanford GSE and director at the Stanford Center for Education Policy Analysis, was the other author of the report, which was posted Jan. 11 as a working paper on the website of the National Bureau of Economic Research (NBER).