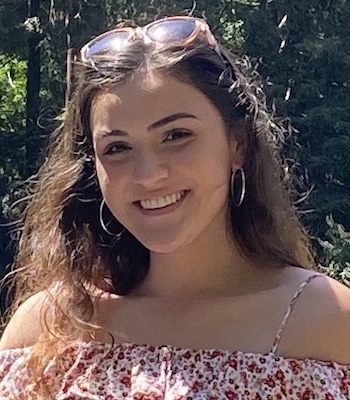 On this webpage, you can read the complete text of the poem that Sara Robertson wrote and performed for the  Online Grad Celebration on Friday, June 25, 2021. Below the poem, you can read more about Sara or read a selection of poetry submitted by other students on our Graduation Poems webpage.

De Anza Graduates,
Today, we take another step forward into the unknown,
And the brisk wind of the future nips at our nose.

There has never been a graduation like this one:
I could tell you to hold on,
Steadfast and strong in the face of this bitter wind --
But the truth is, we already have,
In colder winds than this.

Fifteen months
Since we last set foot on campus,
Since we covered up our faces,
And instead of with people,
Our streets filled up with emptiness.

Our world shoved behind a screen,
Our education pixelated entirely --
Last April, my mother screamed
And fell to her knees
In our kitchen,
And I ran to her,

And my grandmother,
And
the floor seemed to crumble away.

Last June,
Instead of emptiness,
The streets filled up with people,
And a sea of masked faces screamed
For Justice
For George Floyd & for Breonna Taylor
For the too many individuals brutalized by the unjust justice system,
For recognition of the hatred
And the inequity
Upon which this country was founded.

In the hottest summer on record,
The world we once knew burned away.
We set fire to our systems to build new ones from the wreckage,
And we will set fire again and again until we get it right.

Maybe it was rage that set our mountains aflame
Because as they burned I swear I could hear the Earth scream.
Or maybe it was me,
But my lungs were bursting with smoke and ash,
And I tried to cry under the orange sky but
My tears sizzled up into mist on my cheeks.

But our work is not done --
It has only just begun.

In March,
A man murdered six Asian women in Atlanta.
And the streets filled again,
And a sea of masked faces screamed
For Justice, again.
We are still screaming.

All in-between Zoom meetings?
My essay on femininity and contemporary literature seems so trivial now.
But it is not
Triviality, but vitality
That I poured into it,
That we have poured into every moment
Here, at De Anza College.
Vitality, into our minds and spirits
Vitality which we will pour back into
Our divided world;
It will fill the seams between
Empty hate, and it will fill them
With Love, and Justice.

Sonya Renee Taylor said:
“We will not go back to normal.
Normal never was.
Our pre-corona existence was not normal
Other than we normalized greed,
Inequity, exhaustion, depletion,
Extraction, disconnection, confusion,
Rage, hoarding,
Hate and lack.
We should not long to return, my friends.
We are being given the opportunity
To stitch a new garment.
One that fits all of humanity and nature.”

The last two years have been a time of disruption, upset and even exhaustion for many – including Sara Robertson. But De Anza’s first-ever student Graduation Poet wants people to know that she is optimistic about the future. 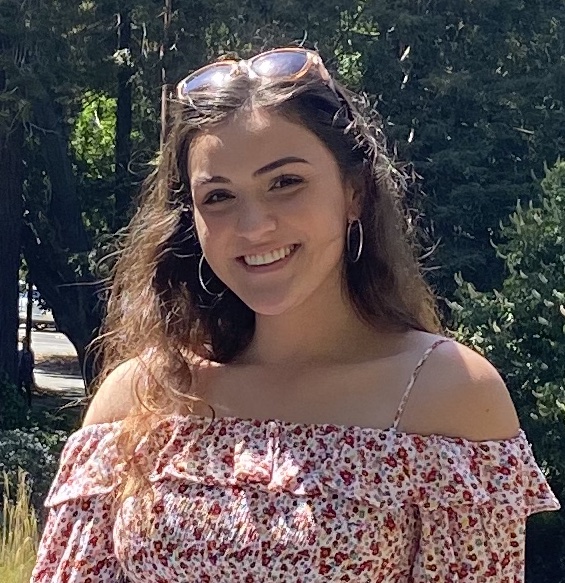 “After all that we have been through, I think that it’s important to hold onto hope,” said Sara, 20, who is graduating this year with degrees in Liberal Arts and English. “I truly believe in my generation so much,” she added. “I think that we are going to create some real change for the good.”

Sara’s entry was selected from a number of pieces submitted by De Anza students after a call for graduation poems was announced this spring. She will read her work during the Online Grad Celebration video premiere on June 25, 2021, and her poem will be published online after the event.

In writing her poem, Sara said, she hopes to communicate with fellow graduates about the turmoil – both personal and societal – that accompanied the COVID-19 pandemic and other events during their time at De Anza.

“I think that experiencing all this, at such a young age, is really going to affect how we as a generation move through and shape the world,” she said.

Sara said she has enjoyed writing since she was a teen, although there was a time when she “kind of grew out of it.” Her interest returned when she came to De Anza in fall 2019. She took a creative writing class from English instructor Ken Weisner and began helping with Red Wheelbarrow, De Anza’s literary magazine.

Sara is “a dedicated and compassionate writer,” said Weisner. “I love how poets like Sara and Amanda Gorman have leadership skills as well as poetic visions. These are poets who hate injustice but absolutely love life and human possibility.”

Before the pandemic, Sara enjoyed attending spoken word performances and open mic nights. She draws inspiration from Gorman, the young poet who read an original work for President Biden’s inauguration. And when she isn’t studying or working part-time at a local garden center, Sara said she meets every few weeks on Zoom with her friend and fellow graduating student, Kim Johnson, to read their own work and give each other feedback.

This fall, Sara will be attending the University of California, Berkeley, where she plans to major in English. After that, she may pursue a master’s in creative writing, a teaching credential, or both.

“I’m going to be really sad to leave De Anza,” she said. “It was such a good experience. I’m tremendously grateful for all that I’ve learned here.”